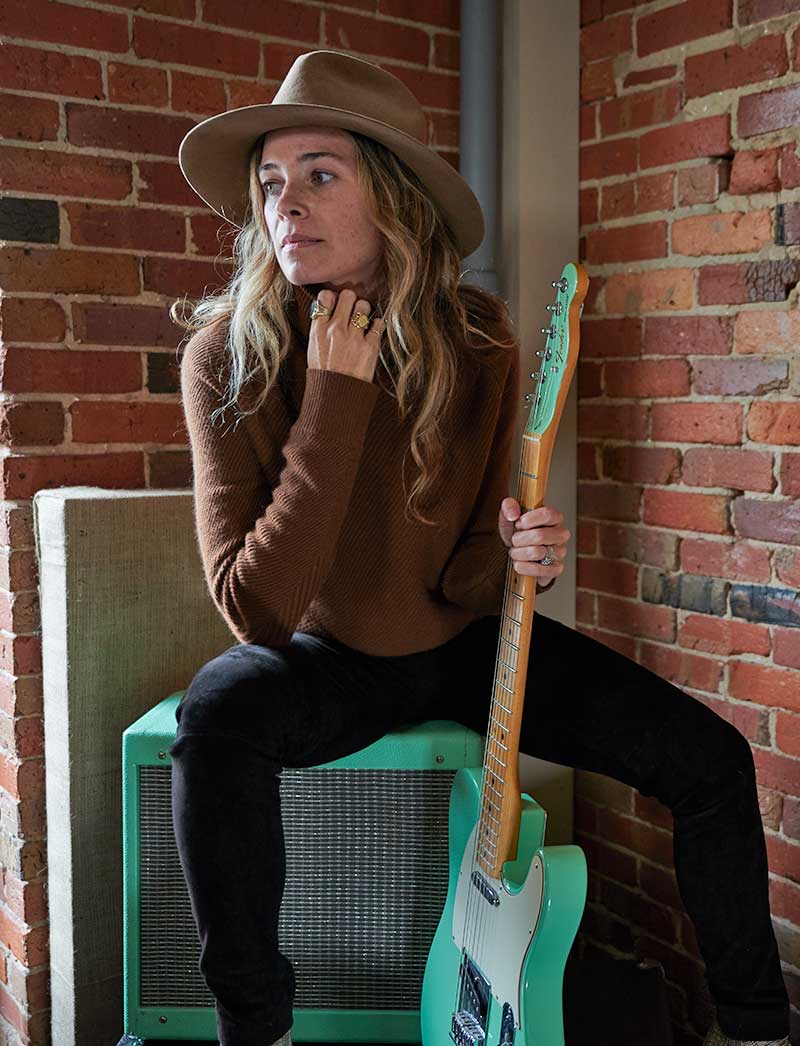 Some artists make a choice to pursue music, and some are just born into it. As the daughter of a music minister, talented singer-songwriter Shelly Colvin absolutely falls into the latter category.
Website Facebook shellycolvin

Learning to sing harmonies and performing onstage with her parents before she even started kindergarten, music was a constant, integral element of her early life. This foundational framework translates to an impressive musical finesse that can be easily felt on her upcoming debut album Up the Hickory Down the Pine.

Mixing a relaxed, seventies country rock vibe with sweeping, breathy vocals that fall somewhere between Emmylou Harris, Linda Ronstadt and Hope Sandoval (Mazzy Star), Colvin creates an inviting sound that is both reminding and refreshing. Not content to use her early influences as simply a destination point, she showcases her creative momentum with the melodic shuffle of “Holding Steady,” the quiet heartbreak of “The Staying Kind” and the banjo-fueled pulse of “Pocket Change.”